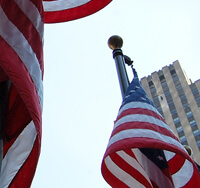 As the 2013 legislative session comes to a close, VDHA representatives continue their work for you and your professional organization.

In 2010, a Kellogg Foundation grant to Vermont allowed a group of over 40 different Vermont organizations, including VDHA, to form a coalition to promote the creation of a Licensed Dental Practitioner (LDP) as a new member of the dental team. This provider would be based on a Registered Dental Hygienist, be trained to provide preventive and restorative care, and would increase the ability to access affordable dental care for many in our state. Over a three year span the collation, working directly with VDHA in a leadership role, has written an original bill (H.398), secured a bill sponsor from the House, secured the backing of several Vermont legislators, met with key stakeholders, secured an educational institution (Vermont Technical College) to provide education for the LDP, participated in the creation of a draft curriculum for the new provider, and secured faculty to teach the program.

In the fall of 2012 the coalition, with the help of VDHA, amended the original bill H.398 and recruited two new sponsors from the Senate. In January of 2013, the new bill (S.35) was heard by the Senate Government Operations Committee. Although key members of the committee are sponsors of the bill, and response to the bill itself was positive, S.35 was in competition with other noteworthy bills (such as Death with Dignity) for Senate and House hearing time. Therefore, the Government Operations Committee chose to delay further hearing of S.35 until the beginning of the 2014 legislative session. VDHA representatives are now in the process of working on further bill amendments, recruiting additional supporters, and working on strategy for the upcoming legislative session, and are hopeful for an immediate hearing in January of 2014.

If you have specific questions, or would like to learn more, please contact Sheila Bannister at [email protected]